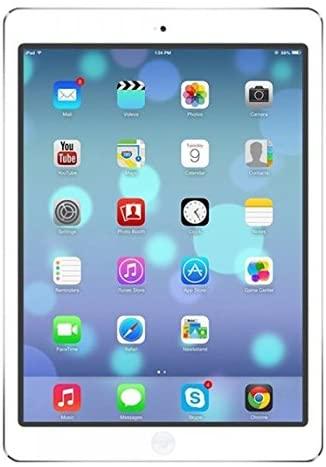 Pictures are for illustration purposes only. Please refer to product spec for product information. B Grade Refurbished Apple iPad Air 2 64GB Silver | Wi-Fi 4G Unlocked This product will have a battery that exceeds 80% capacity relative to new. Included in the box - Apple iPad Air 2 64GB - A1567. Comes with power brick but excludes cable 12 Month Warranty DescriptionWith a new A8X chip built on second-generation 64-bit desktop-class architecture, iPad Air 2 is the fastest, most powerful iPad ever. Compared with the A7 chip in the previous iPad Air, the new A8X chip delivers 40 percent faster CPU performance. With this kind of performance, you might expect a compromise or two. Like a bigger form factor or a shorter battery life. But iPad Air 2 is both thinner and lighter than the previous iPad Air. And thanks in part to the M8 motion coprocessor; it still has an incredibly long 10-hour battery life. So you can do more while carrying less. The new iSight camera is the best iPad camera yet, with advanced optics, an improved sensor and a powerful Apple-designed image signal processor. There are new features like panorama, time-lapse videos, slo-mo, and burst and timer modes. The front-facing FaceTime HD camera has been redesigned too, with an improved sensor and larger pixels for even better low-light performance. To create the astonishingly thin silhouette of iPad Air 2, Apple redesigned the Retina display, fusing what had been three layers into one. Not only did this make the display 18% thinner, it made it better, with more vivid colours and greater contrast and adding an anti-reflective coating, making it the least reflective display of any tablet in the world.